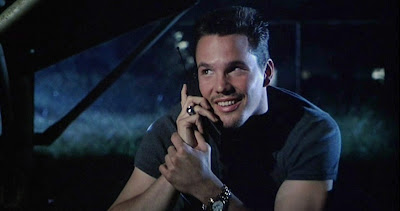 Bruno was a series regular in the DreamWorks/ABC show High Incident and co-starred in the CBS Tom Fontana/Barry Levinson pilot Family Brood.

In 1993, Bruno graduated from MIT with a degree in engineering. He began his career as a photographer's model for Bruce Weber.
Posted by Vinnie at Thursday, February 07, 2008

Dylan's character Mark Bing is the SEXIEST MAN ALIVE!!!!!!!!!!!!
1st I'm gonna kiss him then I'll french it up by sliding my tough in his throat. Then I'll suck and bite his neck and give him as many hickeys as possible. After that I unbutton his shirt and roam my fingertips down his shoulders to his chest. Then I'll plant his chest with hott kisses with my lipstick marks all the way down to his chest, torso and abdomen. Then *giggles* I notice something throbbing out of his pants i unzip them revealing his big fat juicy cock...I tickle lightly on the scrotum when his penis swells to a larger more harder size I start to brush on the tip with my tough then deepthroat his cock while Mark moans and shudders with absolute pleasure...