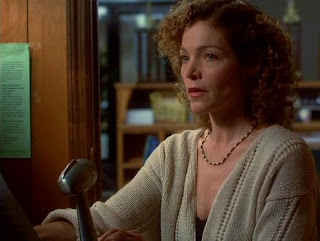 Whether on stage, film or television, AMY IRVING (Sue Snell) has left a distinguished mark of excellence. Trained at the American Conservatory Theater and the London Academy of Music and Dramatic Art, Irving first came to the attention of the film world in the 1970s when she starred in two of director Brian DePalma's early films, Carrie and The Fury. Irving went on to starring roles in Voices, Honeysuckle Rose, The Competition, Yentl, Micki and Maude and the popular film Crossing Delancey.

Other recent films include Deconstructing Harry, directed by Woody Allen, I'm Not a Rappaport, directed by Herb Gardner, and a starring role opposite Dennis Hopper in the film Carried Away, also directed by Bruno Baretto. She also had the unique opportunity to sing the voice of 'Jessica Rabbit' in Who Framed Roger Rabbit?

On stage, Irving was most recently in Chekov's "Three Sisters," directed by Scott Elliot. Irving additionally received critical acclaim for her Broadway appearance in Arthur Miller's "Broken Glass" at the Booth Theater. For her portrayal of Sylvia in "Broken Glass," Irving was nominated for both the 1994 Drama Desk Award and The Outer Critics Circle Award.

She has also starred in the Broadway production of "Amadeus" and "Heartbreak House," and won an Obie Award as Best Actress for her performance in "Road to Mecca." She also had the leading role in the 1991 Los Angeles premiere of "The Heidi Chronicles."

On television, Irving next stars opposite Alec Baldwin and Ben Kingsley in HBO's The Confession. She has also starred in the CBS television movie The Twilight Zone: Rod Serling's Lost Classics and the hit mini-series Anastasia.
Posted by Vinnie at Tuesday, February 05, 2008