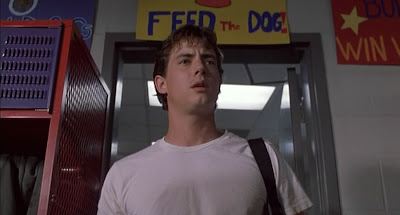 JASON LONDON (Jessie) most recently starred in the feature Broken Vessels which won the 1998 Los Angeles Independent Film Festival Award for Best Picture. He will soon be seen in Gil Cates, Jr.'s Spent, which is set to world premiere at the South by Southwest Film Festival, in which he stars opposite his wife Charlie Spradlin.

London previously starred in Richard Linklater's Dazed and Confused and made his debut in Man in the Moon directed by Robert Mulligan. He has also appeared in the features To Wong Foo, Thanks for Everything, Julie Newmar and Safe Passage with Susan Sarandon and Sam Shepard.

His television appearances include the movies-of-the-week Friends 'Til the End and Final Justice, as well as guest-starring roles on the Showtime series The Outer Limits and the HBO anthology If These Walls Could Talk. The twin brother of Party of Five's Jeremy London, Jason took the part his brother played in the acclaimed television series I'll Fly Away when it was revived as a two hour movie for PBS and scheduling conflicts prohibited Jeremy from reprising the role.

London currently resides in Los Angeles with his wife, Charlie, and daughter Cooper.

[This information is taken from the press kit for THE RAGE: CARRIE 2. Though it hasn't been updated in several years, but there's plenty of information at JasonLondon-Online.com, and there's more current info at JasonLondon.de.]