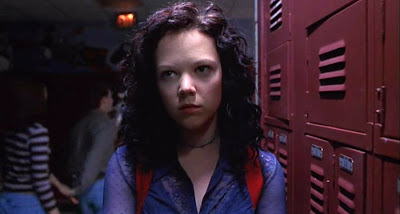 Born in England to a British father and Irish mother, Bergl relocated to the Chicago area at a young age. She soon began mounting theatrical productions in her backyard. Her education includes a Phi Beta Kappa BA from Grinnell College in Theaer and English, as well as training at the Eugene O'Neill Center's National Theater Institute. Her professional career began just a few months after graduating from college when she was cast as an understudy in the Lincoln Center Theatre's production of "Ah, Wilderness!" Soon after, she was cast in THE RAGE: CARRIE 2.

Fearing she'd be typecast as a Scream Queen, Bergl turned down roles in a variety of horror movies and returned to the stage. She followed up her role in THE RAGE in the Roundabout Theater Company's Broadway production of "The Lion in Winter" opposite Laurence Fishburne and Stockard Channing. The revival of the 1966 Broadway production featured Bergl in the role of Alais Capet, a young French princess who is mistress to Fishburne's King Henry II. She moved on to play Juliet in the Old Globe Theater's production of "Romeo and Juliet," a performance which the Los Angeles Times called "masterful."

Bergl went on to take guest-starring roles in a few television series, then appeared opposite the late Brad Renfro in the indie HAPPY CAMPERS. In 2002, she starred in Steven Spielberg's "Taken," a 20-hour miniseries for the Sci-Fi Channel, starring as Dakota Fanning's mother. More roles on stage and screen followed, and in 2006, she began a long-running stint on the ratings deprived ABC series "Men in Trees."
Make sure to check out her official site, EmilyBergl.net.
Posted by Vinnie at Tuesday, February 05, 2008

She is beautiful and talented !!