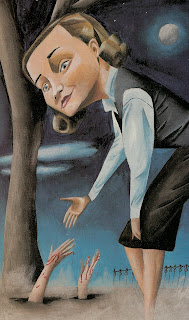 Judging by the tortured femmes fatales of The Rage: Carrie 2 and Election, hell hath no fury like a high schooler scorned.

One of the advantages of video is the opportunity to program your own double features, allowing films that seem dissimilar to bounce off each other in new and interesting ways. Take home both the belated sequel The Rage: Carrie 2 and the little-seen satirical comedy Election, for instance, and by the time you're done you'll feel qualified to write an essay -- like, uh, this one -- on comparative modes of female alienation. Stay with me; it's not as dry as it sounds.

Like many sequels, The Rage isn't so much a continuation of the original story as a clumsy facsimile of it. Newcomer Emily Bergl plays Rachel, a moody teen who's (predictably) revealed to be related to the town's most notorious party pooper, Carrie White. Rachel, needless to say, is blessed/cursed with the same psychic abilities as her tormented predecessor, and is also saddled with an equally demented mother. The filmmakers kindly permit her a genuine romance with a sensitive hunk (Jason London), but otherwise the plot is virtually identical to that of Stephen King's novel and the 1976 Brian De Palma adaptation of same: Establish beleaguered heroine's subconscious power; set up prank courtesy of cruel peers; let carnage begin.

Unfortunately, this Carrie rings false from frame one, and the problem is the film's conception of its main character. For one thing, Rachel isn't remotely freakish, physically; on the contrary, she's borderline adorable, and her smile, the rare times it surfaces, is genuinely fetching. Bergl can muster up a reasonably menacing Penetrating Gaze, but she's hardly the otherworldly, almost feral presence that Sissy Spacek was; place a prom queen's tiara on Bergl's head and nobody would bat an eye.

More problematic still is the decision to paint Rachel, like Carrie, as a loner. She's shunned by the school's beautiful people (though her doomed best friend is played by Mena Suvari, looking just as delicious as she does in American Beauty), yet she comes across like half the girls I knew in college: fashionably morose. It's difficult to believe that somebody as personable and hip as Rachel would be the campus outcast; it's downright impossible to believe that she wouldn't have at least a dozen Goth pals with whom she could debate the merits of the new Nine Inch Nails CD.

On the other hand, it's easy to believe that Tracy Flick, the obnoxiously ambitious high schooler played by Reese Witherspoon in Election, would have trouble finding anybody to sign the yearbook that she helped to design. (Her picture appears on nearly every page; Tracy gives Rushmore's Max Fischer a run for his extracurricular money.) As the film begins, Tracy is unopposed in the race for student-council president. Annoyed by her tireless perkiness (and, the film suggests, wary of his own lust), frustrated teacher Mr. McAllister (Matthew Broderick) tries to sink her campaign, pressuring the school's most popular athlete (Chris Klein, doing early Keanu) to put his much respected name on the ballot.

Election is smart and savagely funny, but it errs in giving Mr. McAllister too many often pointless reasons to take action against Tracy. The truth is, in a culture where irony has been elevated to an art form and sincerity is viewed with suspicion, humorless go-getters like Tracy are automatically perceived as the enemy -- her friendlessness, unlike Rachel's, makes perfect sense. What's more, she's so driven to succeed that she often seems on the verge of combustion. Whenever her will is temporarily thwarted, her looks of outrage and disbelief are accompanied on the soundtrack by an unnerving wail; her little eyes narrow, her tiny nostrils flare, and you half expect objects to start exploding or flying across the room -- she would have made an ideal successor to Carrie White. Tracy may not quite be capable of slaughtering her foes with a twitch of her head, but in a just world, it's Election's depiction of the potential of female fury that would be all the rage. 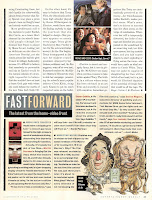