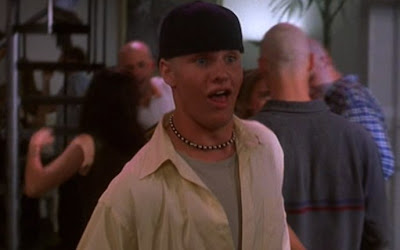 Bryan's other film credits include True Heart opposite Kirsten Dunst and the family adventures Big Foot: The Unforgettable Encounter and Magic Island. Bryan has also co-starred in the Wonderful World of Disney telefeature Principal Takes a Holiday.

In addition to his acting skills, Bryan is an extremely talented soccer player. His ability has earned him and his team, the Claremount Stars, 2nd national ranking as well as winning an international tournament in Dallas in '98, playing against such teams as England's national team, El Salvador, Bolivia and Japan. Bryan just completed writing the forward for the Simon and Shuster book entitled "All-American Girls," which is dedicated to women's soccer.

Despite Bryan's busy schedule, he find the time for what is very important to him: his fans and his charity work. He has made numerous appearances across the country and Canada to reach his fans. His charity work involves such organizations as Celebrity Phone Friends, Audrey Hepburn Foundation, RADD (Race Against Drugs) and The Starlight Foundation.
Posted by Vinnie at Thursday, February 07, 2008

If you want a sexy picture of zachary ty bryan go here: http://www.teenidols4you.com/blink/Actors/ztbryan/scd1147.jpg

he has the hottest body and most amazing abs i love his six pack and his trail to his manhood i want to suck him off and shower with him after i fuck him over and clean up his mess!